She is just 16, but Shivani Ekkanath already has the portfolio of an established writer.

Her work has been published in magazines such as Time, to a piece which was published in international literary magazine eFiction, to letters to the Straits Times Forum.

She is also a featured writer for Borgen Magazine, an online magazine that covers global issues, politics and humanity.

Shivani did a summer internship this year with the organisation in Seattle.

The magazine operates under The Borgen Project, a campaign that fights global poverty.

One of her poems has been featured in Write the World's first annual literary journal, along with pieces written by over 65 other young writers.

Write the World is a global platform for young writers which aims to help improve the writing of tertiary students through its global online community and guided interactive process. 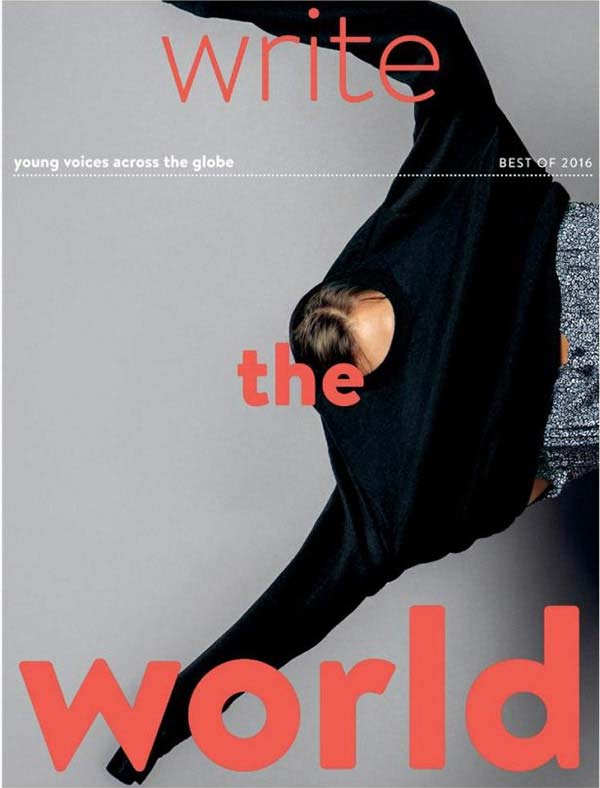 The entries published in the journal were handpicked by the Write the World team from a wide array of stories and poems published on the website.

Titled Write the World - Young Voices Across the Globe: Best of 2016, the journal will be launched at 4pm in Singapore on Saturday (Sept 24), at Booktique in CityLink Mall.

Out of the four featured writers from Singapore, Shivani and two others will be present at the launch to read her work to the audience and sign copies of the journal. 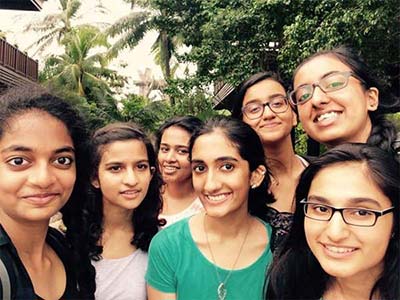 Shivani Ekkanath (middle, in green) is only 16, but her work has been published multiple times.
PHOTO COURTESY OF SHIVANI EKKANATH

Originally from Kerala, India, Shivani, a NPS International School student, has been living here ever since her family moved here when she was two.

Shivani told The New Paper: "I am proud of my passion, and (getting published) gives me the renewed vigour to continue expressing my views to the world."

NEVER TOO EARLY TO START

She picked up an interest in writing when she was 12. Before then, she wanted to study astrophysics and become an astronaut.

One day, she wrote a poem about a girl who felt restricted and was often bullied - a story inspired by her own life.

She said: "The poem made me connect with my writing for the first time because I was bullied a lot and felt very isolated. I still have a copy of the poem."

To her, there is no set age when one should start honing writing skills - it is more of how much they want to pursue it.

"As soon as you feel the urge or burning desire to express your opinion, fostering and nurturing that craft of writing will do wonders."

Shivani added: "Every writer has their own gift and craft and I want to urge kids to realise the massive potential of theirs."

Designed by The Scribble